Trucking Issues and Tire Integrity in the Heat

If your freight travels in or out of states known for their high temperatures, you might face some added capacity constraints resulting from trucking issues. Especially if you’re moving heavy loads.

Why? High temperatures can greatly impact tire integrity and increase the likelihood of tire blowouts. A blown tire is not just inconvenient, it can cost drivers more than $500 to repair and the loss of valuable time on the road.

If moving freight to/from the states listed below, you should talk to your transportation partners about what options exist for keeping moves on schedule and in budget. 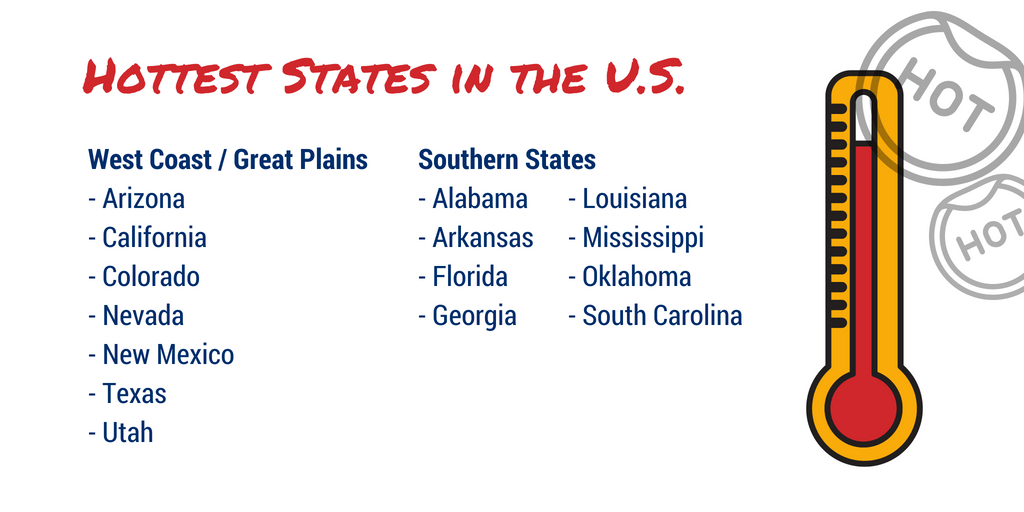 Increased temperature combined with high-speed driving and friction can cause tires to heat up well past their capabilities.

This becomes a safety issue if tires get overinflated, which is common under conditions of extreme heat. For every 10-degree increase in air temperature, tire pressure increases by 1 PSI. Over-inflation can cause a tire to prematurely wear and interfere with braking. Like a balloon, overinflation can also cause a tire to pop or blow, which can be extremely dangerous for a semi-truck on the expressway.

Dry-rot, also known as sidewall cracking, is another reason tires fail in the heat. Dry rot occurs when the oils in a tire’s rubber begin to evaporate. This leads to a dry tire that is very susceptible to cracking and, ultimately, blowouts.

Concerns around blown tires increase when the load weight increases. Some carriers will stop taking heavy loads to the “hot states” listed above but may still be willing to transport loads that are 20,000 lbs. or less.

Anything over 40,000 lbs. isn’t safe to move in extreme heat. Dispatchers are on strict orders from drivers not to accept loads that face these added stressors. Each trucking company will have their own set of guidelines, but most carriers in the Great Plains and on the West Coast will not take heavy loads during times of high heat. And in a tight market when carriers can be choosey, heavy loads are more likely to be passed over for more appealing opportunities. 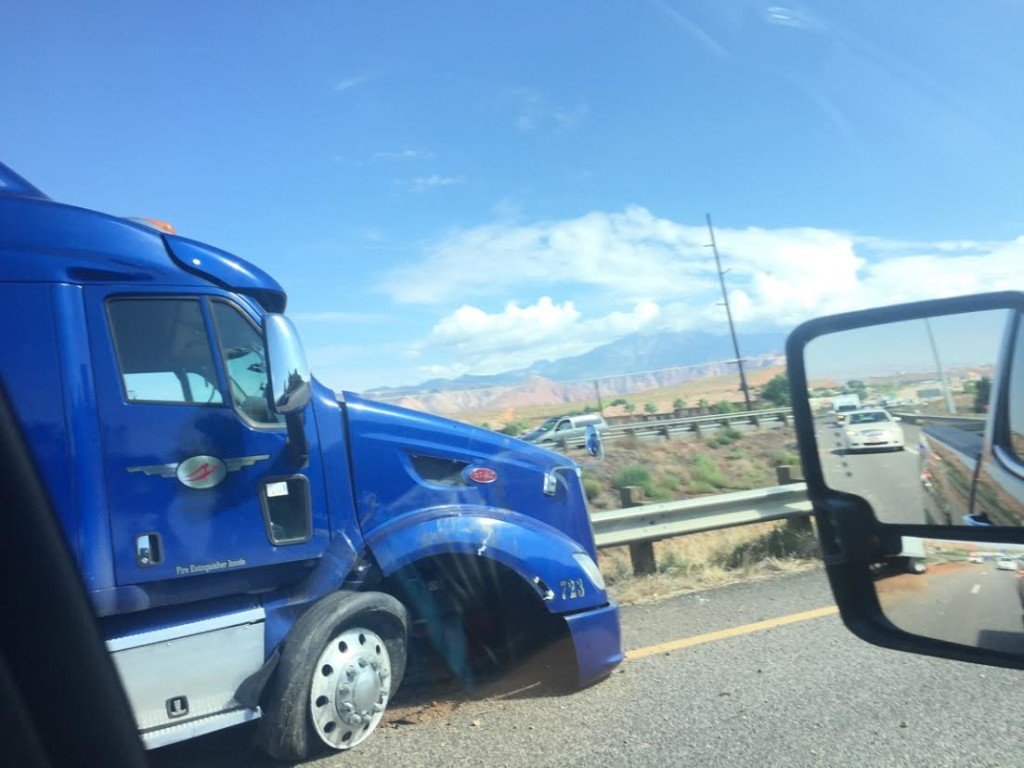 Image Source: Semi-truck that blew a tire on I-15 in July while in Washington City, Utah, via St. George News

Keep Trucks Running in the Heat

Coincidentally, the freight market is busiest when the weather is also at its hottest. Produce Season typically starts in April and runs through September, grabbing a large portion of the available capacity in western and southern regions.

So, the combination of shipping heavy freight during the peak of produce season increases issues exponentially. Keep this in mind when quoting moves during a time of high heat.

Since heat makes the rubber in tires break down, regular maintenance is imperative during summer months. Carriers are responsible for maintaining their own tires and checking both tread depth and tire pressure on a regular basis. Drivers should get brake and engine inspections often. This includes checking fluid levels and overall part integrity for optimal efficiency.

Shippers can also play a positive role in preventing tire blowouts. Altering load weight to be 20,000 or less can help keep goods in motion during high temperatures. If possible, shippers also have the option of delaying or expediting orders based on weather predictions. Extreme heat waves often last just a few days. Holding orders can help avoid disastrous accidents.

Receive logistics and trucking tips in your inbox every month: